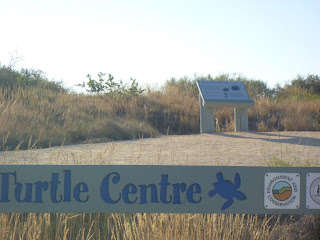 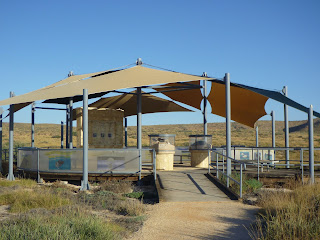 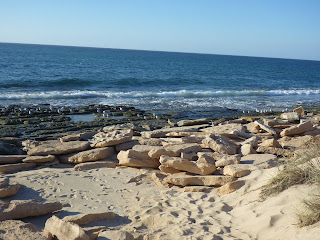 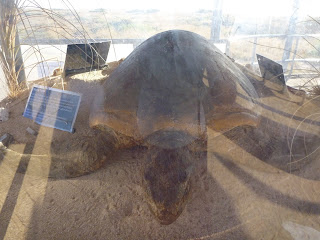 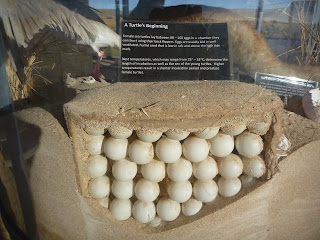 Twenty kilometres from Exmouth on the road to the national park is the
Jurabi Turtle Centre. The turtle nesting season runs from November to
February (again we are not here at the right time to see the migration to
the water). There are three known species of turtles in the Ningaloo Reef -
the green (the most common), loggerhead and hawksbill. The Jurabi Turtle
Centre has been set up as an interpretative centre and the life cycle of the
turtle is explained on illustrated boards.

We didn't see any turtles when we were at the Jurabi Turtle Centre but there
were two or three swimming in the bay at our campsite. You can't get better
than that.
Posted by Just Keep on Traveling at 7:00 AM