Ok, so we have bought the new toy and our planning is well underway. We intend to move 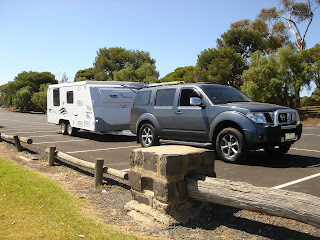 out of Melbourne and see Australia. As we, understand to travel the loop is some 32,000 to 35,000 kilometres, then again that just depends on who you talk to because it does also seem like it can be 50,000 plus k's as well so we will just have to see‘.

Gill and I have loved travelling over the years and have seen a number of countries, we had a lot of fun in tghe early days travelling with our kids. Our son Cam currently lives in Russia and our daughter Roanne farms in New Zealand's North Island with her husband Roger and their three children.

We have four children by definition although it is what is commonly called a blended family - bit of a weird way of saying it really. You see we have four adult children. Two of them were born to us and two were born to Peter's sister & brother in law.  Julie, Peter's sister, unfortunately was involved in a fatal motorcycle accident in the early 90's and Alan, her husband had died four years prior to that of cancer. Sandra and her husband Richard and their three children made the move to Melbourne four years ago and Danny lives in Tauranga he has two wonderful young sons and Danny's daughter Alana is a great young lady.

We are really blessed with the four getting on well and all are extremely successful in the careers & lifestyles that they have chosen.

Us, well these days the concentration is on getting together enough small change and not such small change to continue doing what has become a passion for us - that of travel. We like to plan an overseas trip at least every couple of years.

However the next adventure will be as grey nomads.  We bought our first caravan in Australia in 2008 and the Nissan Pathfinder in early 2009. Yep, we have seen a lot of the world but the time is coming to have a look around Australia. We think that in the next couple of years we will try and visit much of Victoria with the big trip right around Australia to follow.

Now for the kids!

Sandra, married to Richard have three children Jordan, Connor and Mia. Sandra and Richard and the kids moved to Australia in 2006. This was a lifestyle choice to experience the Australian culture. I think that they also see it as an easy stepping off point for the rest of the world.

Sandra homeschools the three kids and although we would not be prepared to try it, we actually think that she does a pretty good job. To find out more have a look at their family site here


Danny, as mentioned earlier also has three children. The oldest Alana followed by Josh and then Oscar. Danny has an internet company that he developed from start up. Danny is intending to row from New Zealand to Australia in 2013 to find out more read here.
Roanne, married to Roger also has three children. One could be forgiven for thinking there is a pattern emerging here. Jake the oldest followed a year later by Tim and last but not least Zoe, who thinks that she rules the house. They farm in the North Island of New Zealand, milking some 800 cows - well they don't milk them but they do have employees who do!


Cameron, well I guess that you could say that the pattern is now broken, no kids. Cam who is a lawyerwho studied at Victoria in Wellington then worked for a couple of years for one of the major law firms in Wellington NZ. Not too sure how the story runs but he ended up working for a Moscow based firm and has spent the last three years working and living there. What a fascinating city. If you ever get the chance to go there, do it. He has now completed chasing another of his goals (2010) studying at Duke University completing his Masters of Law. (LLM)

We really are proud of what all four have achieved and just love spending time with them. So now for our travels.

Ok the site is now published, the original caravan is sold and 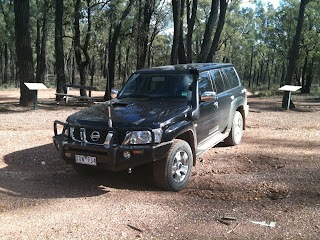 a new one is on order, and the Pathfinder has been updated to a Patrol. The Patrol seems already to be cheaper to run. The Pathfinder thought that we should be towing a Diesel tanker behind us.

Never mind the new van is on order and will be here by October - the old van is sold and delivered so now its just the anticipation of waiting.
Posted by Just Keep on Traveling at 4:23 AM No comments: Links to this post