Ok so in order to commence our trip there were obviously some milestones to cover off, as at the completion of this trip we will be returning to live in NZ.
So the next milestone was to sell the house in Melbourne and this week that was achieved – a good result overall especially given the Australian New Zealand exchange rate currently.   We were really pleased to be at the end of the open homes and living as though on show as people stood at the front of the house trying to see inside without waiting for an open home date.
We even had some people looking in through the windows.  It was hard not to wave to them!  The hardest part now is that we have to be out of the house in just 45 days, so Peter is very busy making arrangements with the moving company for the furniture etc to be internationally packed ready to be sent by container to New Zealand.  If we don’t buy a house before the end of June the furniture will all need to go into storage for a period. 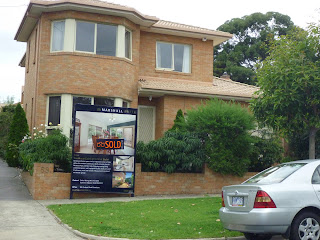 ﻿
Next was for Gill to resign from her work – well let me tell you we anticipated that she would do this in late April which would give her employers about two months to find her replacement.  Well best laid plans and all that, her boss drove past our house earlier this week and saw the sold sign on the gate, yep you guessed it she asked Gill why we had sold and they now know.  Makes it easier and harder for Gill but regardless she will leave her employment of the last nine years at the beginning of July.
We have also had the challenge of trying to find somewhere to live until our planned departure from Melbourne in July.  After searching the internet we have been fortunate to be able to rent a small fully furnished house in a suburb about 12 kilometres north west of Box Hill.  The owners are a young family who are going to Europe to visit with family for three months and they are keen to have someone pay the mortgage while they are away.  Good to know that we can help someone out!  This is certainly a good solution for both of us.  We take over the house from the 1st May and will only have a short two week gap between homes – just as well we own a caravan!
Posted by Just Keep on Traveling at 3:26 AM No comments: Links to this post

Email ThisBlogThis!Share to TwitterShare to FacebookShare to Pinterest
Labels: Preparations

January this year saw us travelling again with the 4wd club that we belong too.  We left Melbourne after Peter had finished an afternoon shift and travelled a couple of hours and free camped in a rest area on the Princes Highway.  Although we were late arriving we had an early wake up call.  A highway coffee van set up in the rest area and turned on his generator at 5 am and then there was a constant stream of customers!  We gave up on the idea of sleeping and continued our journey travelling to Dargo which is in the Alpine area of Victoria.  The club run the trip every year and we camped at a rural camping area in one of the valleys on the river bank.  It is a well set up camp and with around 120 club members we had great fun.  Each of the five days various 4wd trips were organised.  We joined various trips and it was certainly interesting to see the area and understand just some of the things that the early settlers did.  I often marvel at the idea that they must have just seen a hill and gone - 'wonder what on the other side of that there hill - lets go look!'  One of the days we went on the "Crooked River" trip and this involved fifty plus river and creek crossings in the day.  We certainly did not have a clean car at the end of the week-end!
We had a great week-end and celebrated Peter's 60th birthday on the Saturday doing the two things he loves - camping and four wheel driving.  We were also able to take the opportunity to talk with a number of the club members who have travelled the Australian outback and inbetween.  There experiences and tips were valuable information for us. 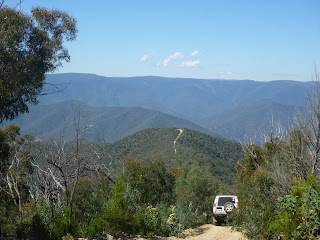 The track on the other side is the goal 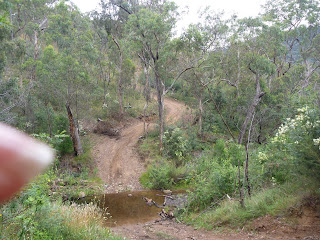 Ok so thats where we are going 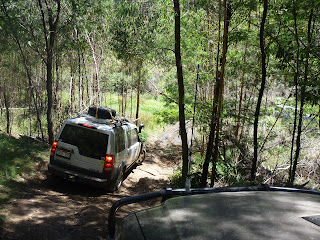 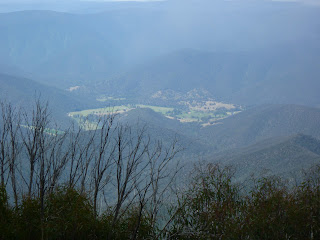 Look out from Pinacale
A fantastic weekend with great company
Posted by Just Keep on Traveling at 2:05 AM 3 comments: Links to this post

We picked up our new caravan in October and have now started to get used to the extra space.  We went to Apollo Bay on the Great Ocean Road at Christmas and really appreciated the extras that are fiitted.  It is quite different to the earlier caravan in that it has a toilet and shower  and even a washing machine - bliss but we miss the washing fairy.  I guess that we will help the economy as we are now bound to burn more diesel.  The new van has solar power.  When we booked the caravan site we were unable to book a power site so we appreciated that we we had power for the lights etc.  The gas runs the fridge and hot water so we managed very well. 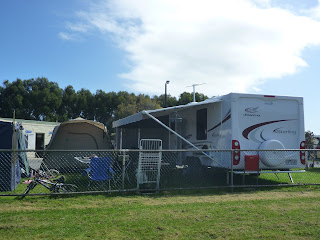 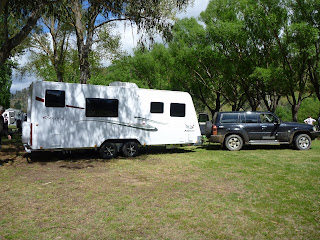 Posted by Just Keep on Traveling at 11:55 PM 3 comments: Links to this post

Email ThisBlogThis!Share to TwitterShare to FacebookShare to Pinterest
Labels: Preparations

In August 2010 Gill and I decided that we needed to make sure that we understood a little more about what the car was capable of so we went to driver traing through the 4wd club that we belong to.  After a couple of nights on the theory it was out to the training track.  (Not too sure just why I needed theory however but it was all part of the fun!) what a fantastic day rained off and on all day but that just helped to make it just that little bit more fun.

Completed the training and even have a certifiate to prove it:) 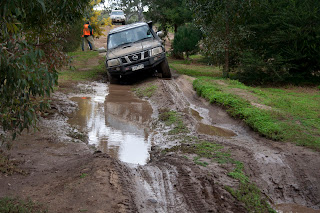 This way then that! 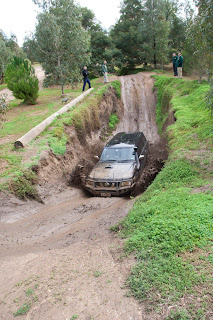 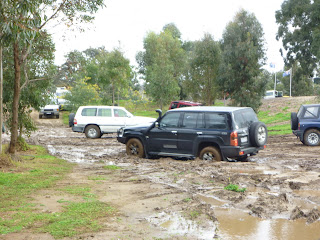 No it's not the Patrol stuck! 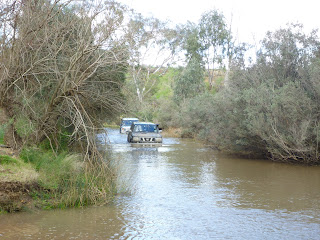 There are some fish out here somewhere
﻿
Posted by Just Keep on Traveling at 11:17 PM No comments: Links to this post