Our travels for 2013 are basically complete

We have now arrived back in Melbourne.  We lived in Lower Templestowe and Box Hill from 2000 until mid 2011 and then over the last two years have travelled to many parts of Australia (which we have shared on this blog) and also spent a few months each year in New Zealand.  Being in New Zealand gives us time to spend with our close and extended family which is wonderful.

We are uncertain of our plans yet for 2014 - we have lots of ideas but nothing definite as yet.  It is time to put a finish to this blog and we will commence a new blog for our further travel. (we will link it to this one)

It is hard to sum up the last two years - we have loved travelling this amazing country.  It is so large it is difficult to estimate the distances and the variety.  It has taken months of travelling - from the white beaches, amazing reefs, waterfalls, gorges, red sandy desert to the tiny outback towns and the small and major cities.

We have driven some incredible dirt tracks and roads, through rivers and over rocks, deep sandy tracks and four wheel drive areas and even some bitumen roads!  We have stayed in our tent, in our caravan, in motels and resorts, and with the generosity of home owners completed some awesome house sitting assignments.  We have free camped and stayed in caravan parks.  Every experience has been different and we have enjoyed them all.

We have travelled throughout Australia for over two years now and seen far more of Australia than a lot of Australians.  Have we finished - no never.  There is always more to see and places to go and we still have a desire to do that.  This is such a great country with such great wildlife, natural settings and experiences to be had.  It doesn't need to cost the earth - we have proved you can experience it with a variety of cost effective accommodation and it is not always necessary to go on tours to see an area.

During the writing of this blog we have shared some of the costs - we have got a bit slack with recording fuel costs and accommodation costs of late.  We have tried to buy locally as we have travelled rather than carry huge stocks of food - this way we are supporting the local businesses and this is particularly in the areas where free camping is available.

Our advice to anyone who has the time and health, go and see the real Australia.  There is something that will interest everyone.  Along the way other travellers are keen to share their experiences.  Our advice, don't plan a definite itinerary but be prepared to make your travel plans as you go along as you will want to visit some places you won't even know existed prior to leaving home.  Go and enjoy!

We hope you have enjoyed checking out our blog and perhaps travelling with us. 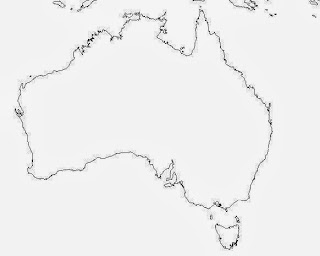 Posted by Just Keep on Traveling at 2:46 PM 2 comments: Links to this post

Time to move on 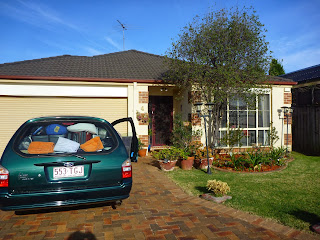 As the word "travel" suggests, we are always on the move.  On Friday it was time to pack up our gear, ensure that the house we had been sitting at was being left perfectly clean, complete some shopping so that we left fresh food in the fridge for the home owners on their return from Hawaii and prepared for an early morning departure to Melbourne.

We left Sydney by 7.30 a.m. and joined the freeway that eventually becomes the Hume Highway which we would follow all the way to Melbourne.  It is a number of years since we have travelled the Sydney to Albury which is on the Murray River.  Last year we had travelled from Sydney to Melbourne via the coast road (to complete our coastal loop of Australia). 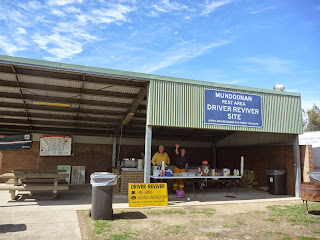 It was a long week-end in Sydney as it was Labour Day on the Monday.  The SES volunteers were out in force servicing the "driver reviver" stops.  We stopped at the Mundoonan Rest Area where the volunteers had tea and coffee available along with biscuits and sausages in bread.  This is a free hot drink service for drivers and a small donation is requested for passengers.  What a great service they are providing to the travelling public and the service is provided twenty four hours a day over all long week-ends and some others as well.  Well done! 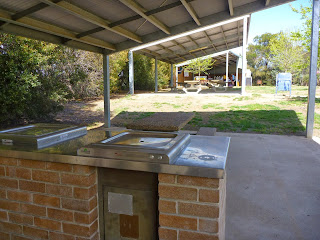 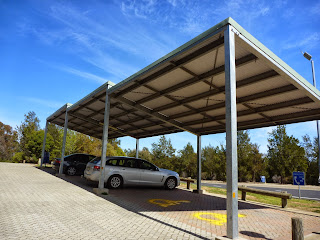 We stopped to stretch our legs and support the volunteers.  The rest area also had tables, BBQ's, toilets and showers and plenty of room for children to have a play and run around.  All this adjacent to the Hume Highway but far enough off the road to be safe for everyone.

We continued south and we were making very good time as the road is four lane now from Sydney to Melbourne.  Next stop was at Albury in NSW for lunch at a park alongside the Murray River.  As we had plenty of time we took the opportunity for a half hour walk along the river track.  It was a beautiful day and there were lots of people around enjoying the facilities. 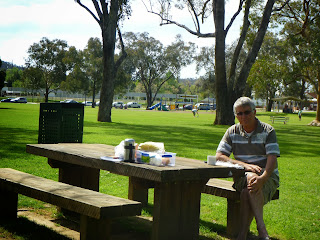 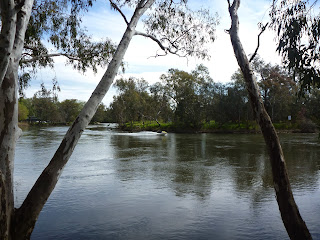 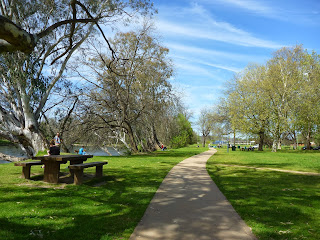 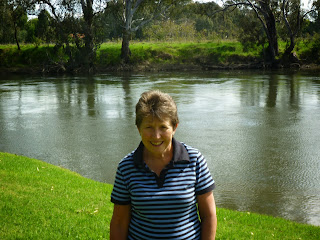 The river is beautiful as ever, however we didn't see any house boats this time.  We were surprised to see that the authorities have closed the boat ramp which seemed a shame for boating enthusiasts.

As we still had about four hours travel ahead of us, we continued on crossing the border from NSW into Victoria as we left Albury.  Wodonga is the first township over the border and is only four kilometres from Albury - literally over the river.  After five months away we were back in Victoria and it seemed very "normal" to be travelling roads we are very familiar with. 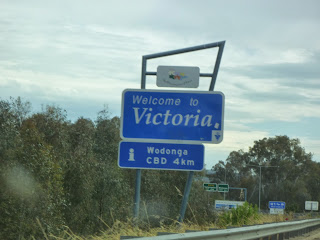 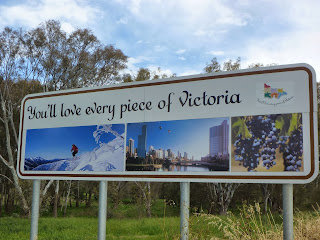 The paddocks close to the freeway as we drove south from Wodonga looked very bright with the yellow of the canola flower looking brilliant.  The canola is grown from seed and is crushed for the oil which is used in margarine and cooking oils.  Apparently in Victoria the main production of canola is in the south west, but is becoming more common in the north west . 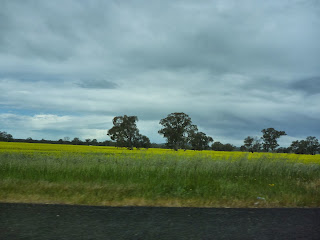 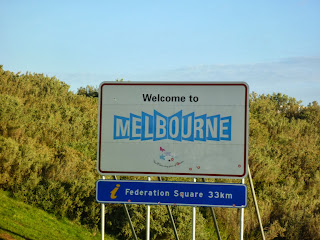 Before long we were on the outskirts of Victoria and the welcome to Melbourne sign - it is always great to be back in Melbourne where we have many happy memories of our years living in Box Hill and have made a lot of friends.
Posted by Just Keep on Traveling at 2:39 PM 1 comment: Links to this post 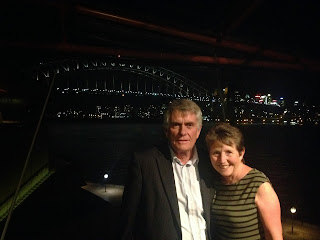 On the 6th October 1973 Peter and I were married in Upper Hutt in New Zealand.  What a lot of experiences we have shared together since that time.  Without taking into account the most important events in our lives, like the births of our children and the wonderful time we have had as a family, and the sad occasions along the way which have sometimes had a silver lining as well, we have loved to travel.  From the outset we planned on an overseas holiday at least every two years and at times this was quite difficult balancing one income, small children, work commitments and the like.  But I am pleased to say we have more than achieved our travel goal. 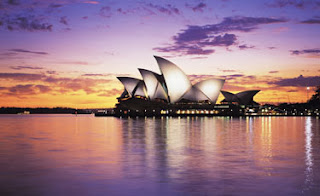 So these past two years have just added to our experiences and as we were in Sydney we decided that was a great place to celebrate although we were three days in advance of the actual date (we will have only just arrived in Melbourne and settling on after the drive from Sydney on the actual date).

Another love we share is musicals and live performances so a check of "what's on in Sydney" and we decided to book for the production of "South Pacific" starring Lisa McClune as Ensign Nellie Forbush and Teddy Tahu Rhodes as Emile De Becque.  To our delight this performance was in the Joan Sutherland Theatre in the Sydney Opera House.  We have never been to an actual show in the Opera House previously, have often visited, but this was a first. 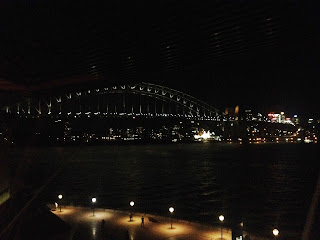 Of course, after two weeks of beautiful weather in Sydney it poured with rain all day.  We had thought we would go into the city early to see some of the ships in the harbour for the International Fleet Review.  The four day event had just commenced and over fifty tall ships and warships were due into Sydney.  However, with heavy rain and wind, and low temperatures, we decided sadly to give it a miss. 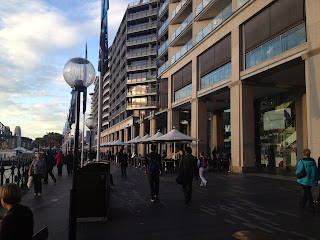 Fortunately late in the day the rain eased and we made our way into the city by train and then walked around the harbour at Circular Quay and chose a restaurant to eat dinner prior to the show.  There are many restaurants in the area and they were crowded.  We had a lovely pre-theatre dinner and then went to the show which was great.  It was really interesting to see Lisa McClune playing live theatre as we have only seen her performing previously in television shows.

It was a lovely evening out and a great way for us to celebrate our forty year wedding anniversary.
Posted by Just Keep on Traveling at 2:08 PM 1 comment: Links to this post