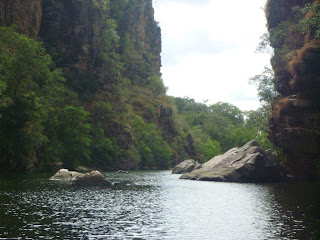 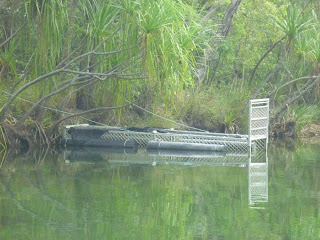 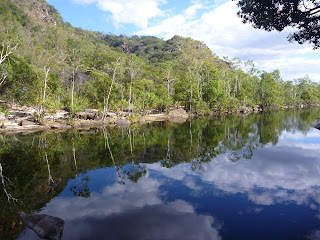 After the rock climbing we commenced our own boulder climb back to the boat
- it was more than enough for me. The trip back up the gorge is pretty
spectacular itself and as it was after midday it was very warm.

There is a crocodile cage on the edge of the river in an attempt to catch
any crocodile that swim up the gorge and may prove dangerous to visitors to
the falls. Apparently the age is baited with a large leg of wild pig to
attract the crocodile. We were not close enough to see inside the cage but
we were pretty confident there were none in it.
Posted by Just Keep on Traveling at 1:26 AM